Being an extrovert with a love of patterns drew me to education and it drew me to game design.  Once I was well-established in the first profession and diving into the second, scoring systems became one of the first things to study.  The number of options available to the game designer is enormous. Our last two posts covered methods of resolving ties. Today, we begin looking at how your scoring system distributes points. 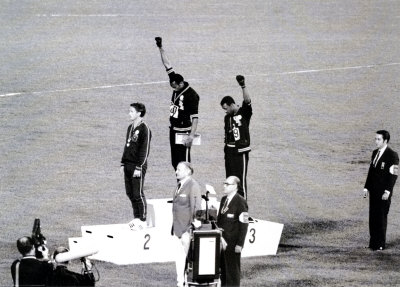 The most compact scheme for awarding positional points gives awards to first and second place only.  Many beginning designers I’ve met–seeking to keep their numbers simple and elegant–make first place worth 2 points and second place worth 1 point.  This scheme is indeed simple but frequently fails to be elegant.  This is unfortunate but fixable.

The sticky issue with 1st/2nd place awards 2/1 points scheme is its effect over the long term.  This scheme looks on the surface workable because first place is just (second place) + 1 point but it is more than that.  First place is also (second place) x 2. This means that one player can focus all of her energies on scoring first place in just a few areas but completely ignore others and still score the same as a player who came in second in twice as many places.  I would suggest that this is entirely the wrong message for a game to send to its players.

Most modern games often get their tension from making the player wish she could do more than she can and be more places than she can.  Scoring mechanisms that offer an easy way to disregard areas are robbing your game of vital tension.

The solution?  Award 1st/2nd place with 3/2 points instead.  From a strictly linear standpoint, the difference is identical.  first place points is still (second place) + 1 point.  The difference is in the long run because now first place is (second place) x 1.5. Under this scheme, your player is now confronted with tougher decisions.  Focusing on scoring first place in just half of the areas while completely ignoring the others others has become a losing proposition if an opponent can maintain consistent high performance in all regions.  At the same time, taking first place in an area is strong.  The win some/lose some strategy can still afford to lose from time to time but will have to be discerning about where and how often to allow those losses.

For every general rule there is of course a reason to break it.  The scheme described in this article is my preferred starting place but adjusting these numbers from there is common.  In general, I find that games which are meant to encourage temporary alliances benefit from packing the top scores along the lines of 1st/2nd/3rd place scores 6/5/2 points.  Games that are meant to be more cutthroat seem to benefit from disparity among the ranks like 1st/2nd/3rd gets 6/3/1 points.  Let playtest feedback and your sense of your game’s core tension be your guide.

This is my baseline scheme for awarding victory points and criteria for varying from that scheme.  If have a baseline you prefer, please add it to the comments below.  And if you’re enjoying what you’re reading, please subscribe to this blog.  It makes a big difference.

In three days we will build another layer onto on this scoring scheme when we take on variable scoring.  See you Friday!