So I’m working on a cooperative game.

The game did not start out cooperative.  Life can be surprising that way.

Like parents, we designers must listen to our designs when they’re young, give them a chance to show what they want to be when they grow up, and do everything we can to help them get there.  Parents who force their children into the wrong career create dysfunctional adults.  Designers who shove their games in the wrong direction get equally dysfunctional designs.

This design already had an “everybody loses” condition.  As it developed, it became increasingly clear that the game wanted to be focused on that condition. With Luther firmly steering me away from the awkward compromise a semi-cooperative design, we shifted all the way over and made the game wholly cooperative.

In a competitive game, the other players are your antagonists.  In a cooperative game, it is the game itself who is the antagonist.

Cooperative games come in many flavors but they all share the same two-part ethos:

Cooperative live in perfect contrast to their competitive counterparts, which tend to offer many paths to victory.

The hardest part of cooperative game design seems to be in getting the right difficulty.  Players expect to lose but they don’t expect to always lose.  It’s our job to find that balance.

Difficulty can also be adjusted by limiting (or expanding) the resources given to the players.  You can give players more (or less) movement, action points, hit points, or starting resources.

Since different groups will have different levels of skill, the best approach I’ve seen is to specifically incorporate multiple difficulty levels in the rules.    Let your players decide the challenge they wish to take on.  This approach addresses the issue of balance and empowers your players a the same time.  Bonus–many players will be familiar with this practice before even opening your box since variable difficulty is common to video games.

Some co-operative games give each player the same options as any other.  This casts your players as Generic Protagonists with equal ability at any circumstance. This is absolutely appropriate for a lighter co-op or one aimed at younger kids.

er or more sophisticated players, each player should be a Specialist with unique bonuses and handicaps .  Specialization adds an extra layer of depth to play.  The medic in your co-op commando game might not be at the front of the raid but is sure handy to have around after an engagement is over.

For a look at specialists in a cooperative game, I recommend Star Wars: Angriff der Klonkrieger and Pandemic .

A common concern about cooperative games is that one assertive player can easily become The General.  The General is that player who tells people how to take their turns.  The folks in my regular group are all pretty assertive.  We don’t have much trouble with generals.  Some players are more demure.  They prefer to battle only the game and not the other players.  A run-in with particularly rude generals has caused players to completely give up on co-op games.  And that’s a shame.

Friend and all-around spiffy guy Carl Klutzke offered his simple solution for addressing generals; “don’t play with them.”  I appreciate this attitude.  And I respect it.  But as a designer, I feel that Carl isn’t going far enough.  Game designers are curators for their players’ fun.  We owe our players to consider every approach possible. 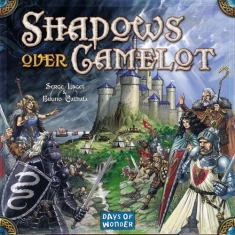 Another design response to The General is its opposite number The Traitor.  The Traitor is any player whose objective is for the other players to lose.  The presence of traitors neuters any would-be generals at the table.  How can I follow your commands when you might actually be working against me?  My first exposure to The Traitor was also my first exposure to cooperative games in general–Shadows Over Camelot.  Battlestar Galactica offers us a similar traitor mechanism.  As in the case of enforced secrecy, I like this solution so long as it is supported by the game’s tone and setting. 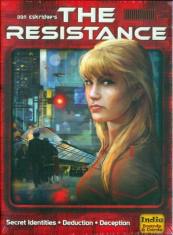 Recent attempts at Werewolf-without-elimination strongly resemble cooperative games with one or more traitors. The Resistance and Secret Hitler each split players into two teams, offer each team an alternate agenda, and conscript one team (the traitors) to the critical minority.  Although I continue to defend player elimination in Werewolf, I do also appreciate the psychotic glee of continually sizing up every other player throughout the entire run of the game.

What do you think of cooperative games?  Did I miss any features?  Have you written any yourself?  What did you think of the experience?  Share with your fellow readers in the comments below.  And if you’re enjoying what you’re reading, create an account with WordPress and follow this blog.  If you keep reading, I’ll keep writing.