A new microgame is in development.  Duel supports two players, each with a deck of about 20 cards.  Players have a hand of 4 cards and may (1) play a card into an empty space, (2) play a card onto an enemy card, or (3) move a card one space.  After this, the player refills her hand.  The game ends if a player is down to 3 or fewer cards in hand and chooses to end it.  The player controlling the majority of a 3×3 grid wins.

Kevin (APE Games) Brusky has given the prototype a look and wants to proceed together.  APE Games will release the game in two-player packs containing two unique armies.

Card abilities have been categorized into five broad groups–teamwork, individualist, movement, card manipulation, exotic.  It is time to start codifying the rules and creating decks.

I like to get rules written down as soon as possible no matter what sort of game is being developed.  These rules will get overhauled from time to time but they are a good progress marker nonetheless.  For reference, here they are in toto.

As the first sets for the game, I tried to keep these two relatively straightforward.  Their abilities should be fairly easy for a beginning player to comprehend yet still offer some depth for experienced players.  I ultimately kept most cards extremely similar to the original navy set.  To give each deck its own flavor, these abilities were split between the sets.  The Pirates got support abilities–found on “Anne Bonny,” “Redbeard,” and “Dagger.”  The Sea Monsters got the old explosive Mine in the form of “Whirlpool” and a reveal power in the “Pilot Fish.”  Both decks got movement abilities–found on the Pirate “Calico Jack” and the Sea Monster “Tiger Shark.” 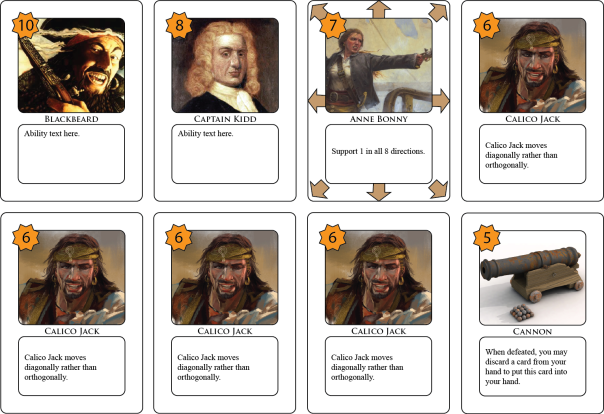 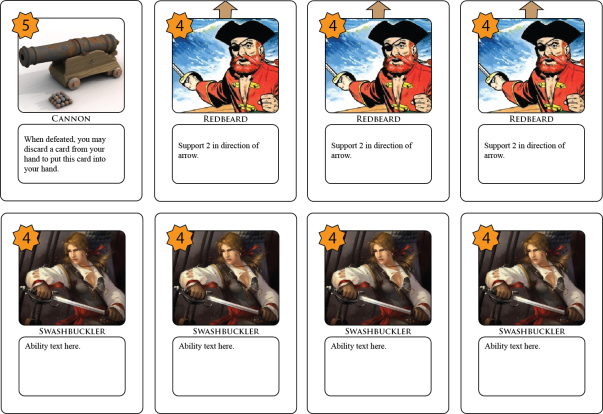 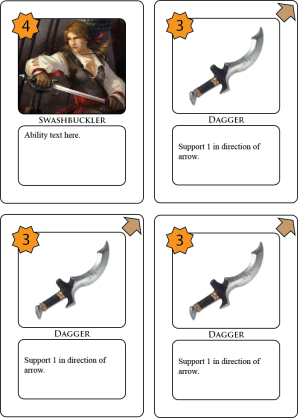 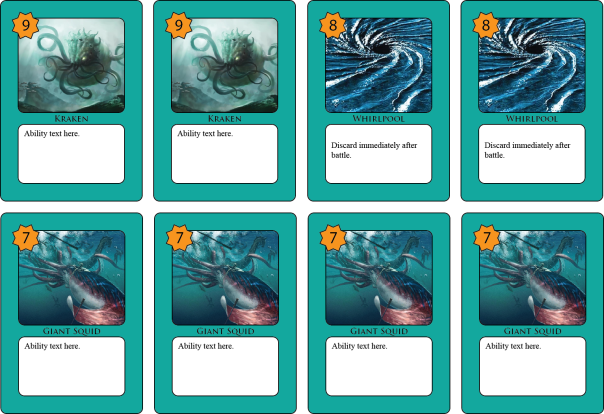 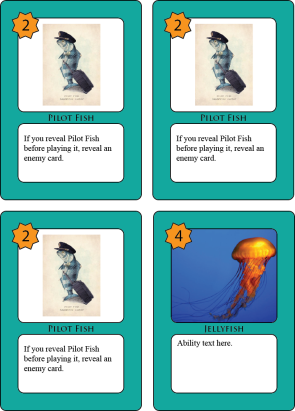 Their first playtests revealed that these decks were not fully balanced.  This is perfectly natural.  If anything, I would have been more worried had we failed to find any areas for improvement. Iterative play with a steady stream of adjustments has and always will be the secret to game development.

We’ll take a look at where the imbalances appeared and how we adjusted the game in response to those imbalances next time.  See you Friday!

What’s your favorite Microgame?  What do you like best about it?  Have you written one? How did your players respond to it?  Share with your fellow readers in the comments below.  And if you’re enjoying what you’re reading, create an account with WordPress and follow this blog.  You keep reading. I’ll keep writing.